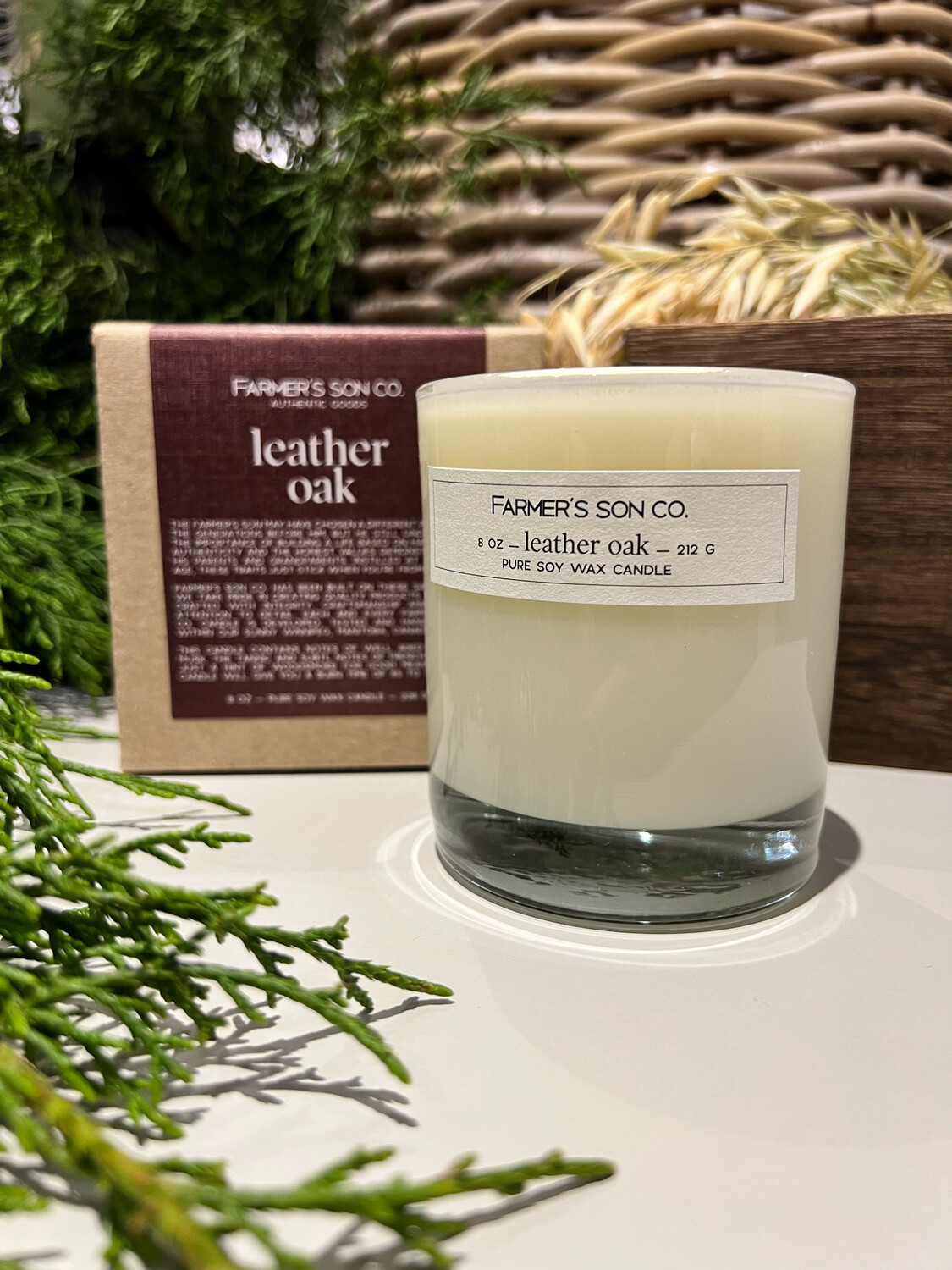 Growing up on a small family farm alongside the Manitoba & Saskatchewan border, we always had a few horses. Whether it was King and Major, the Belgians that were around in my early years, or the many 4H ponies that my sister trained, there was always a four legged friend just over the fence.

We had an old wood grain bin that my Dad had retrofitted into a tack shed. Early each fall he'd head out there and spend a few evenings polishing the saddles and tack that my sister would need for her 4H horses along the gear for his pulling team.

That little shed was a treasure trove of saddle soap, horse tack that was too old to be used (but too sentimental to be given up) and old oak barrels that my Grandpa had dragged home years before that'd found their fate as fill-in saddle racks.

Leather + Oak is my take on that memory. A rich blend of aged leather, oak and musk paired with just a hint of woodsmoke.

Exclusive to Farmer's Son Co., this is a truly unique scent (that's admittedly not for everyone, but that's okay) that'll bring back a wave of memories to any of the horse lovers in your life.

Save this product for later
Display prices in: CAD